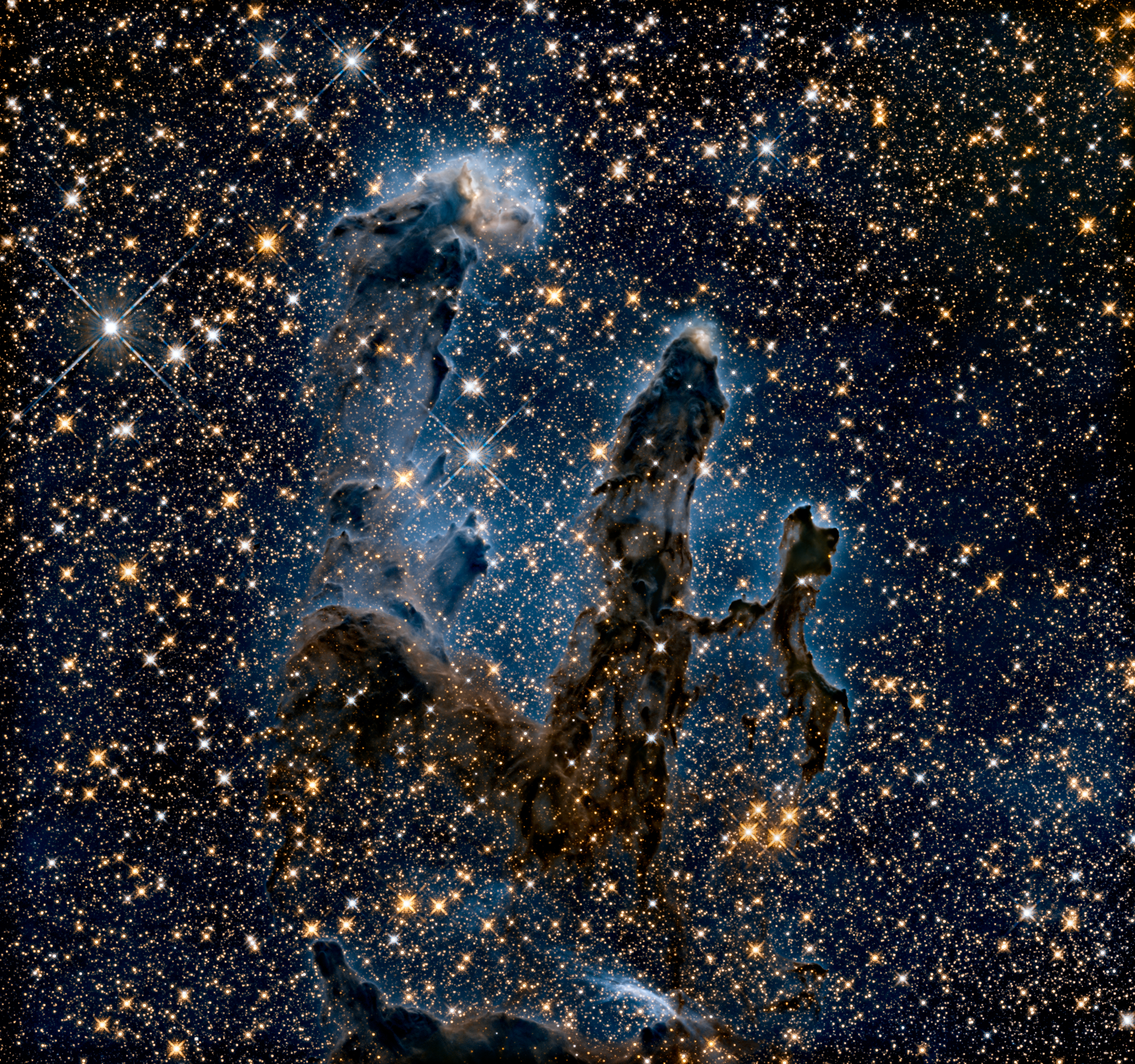 This NASA Hubble Space Telescope image, taken in near-infrared light, transforms the pillars into eerie, wispy silhouettes, which are seen against a background of myriad stars.

The ghostly bluish haze around the dense edges of the pillars is material getting heated up by the intense ultraviolet radiation from a cluster of young, massive stars and evaporating away into space. The stellar grouping is above the pillars and cannot be seen in the image. At the top edge of the left-hand pillar, a gaseous fragment has been heated up and is flying away from the structure, underscoring the violent nature of star-forming regions.

Astronomers used filters that isolate the light from newly formed stars, which are invisible in the visible-light image. At these wavelengths, astronomers are seeing through the pillars and even through the back wall of the nebula cavity and can see the next generations of stars just as they’re starting to emerge from their formative nursery.

Glass Vase with Roses, a Striped Tulip, Purple Iris, and other Flowers, by Rachel Ruysch, 1700

A Mountainous Coastal Landscape with a Ship Beached in a Storm, by Aernout Smit

Still Life with Apples and a Pot of Primroses, by Paul Cézanne, circa 1890

Superbubble in the Large Magellanic Cloud by NASA

The Beauty of Greece & the Greek Islands by Marie Therese Magnan, Part 1

A States Yacht and other Vessels in a Very Light Air, by Willem van de Velde the Younger