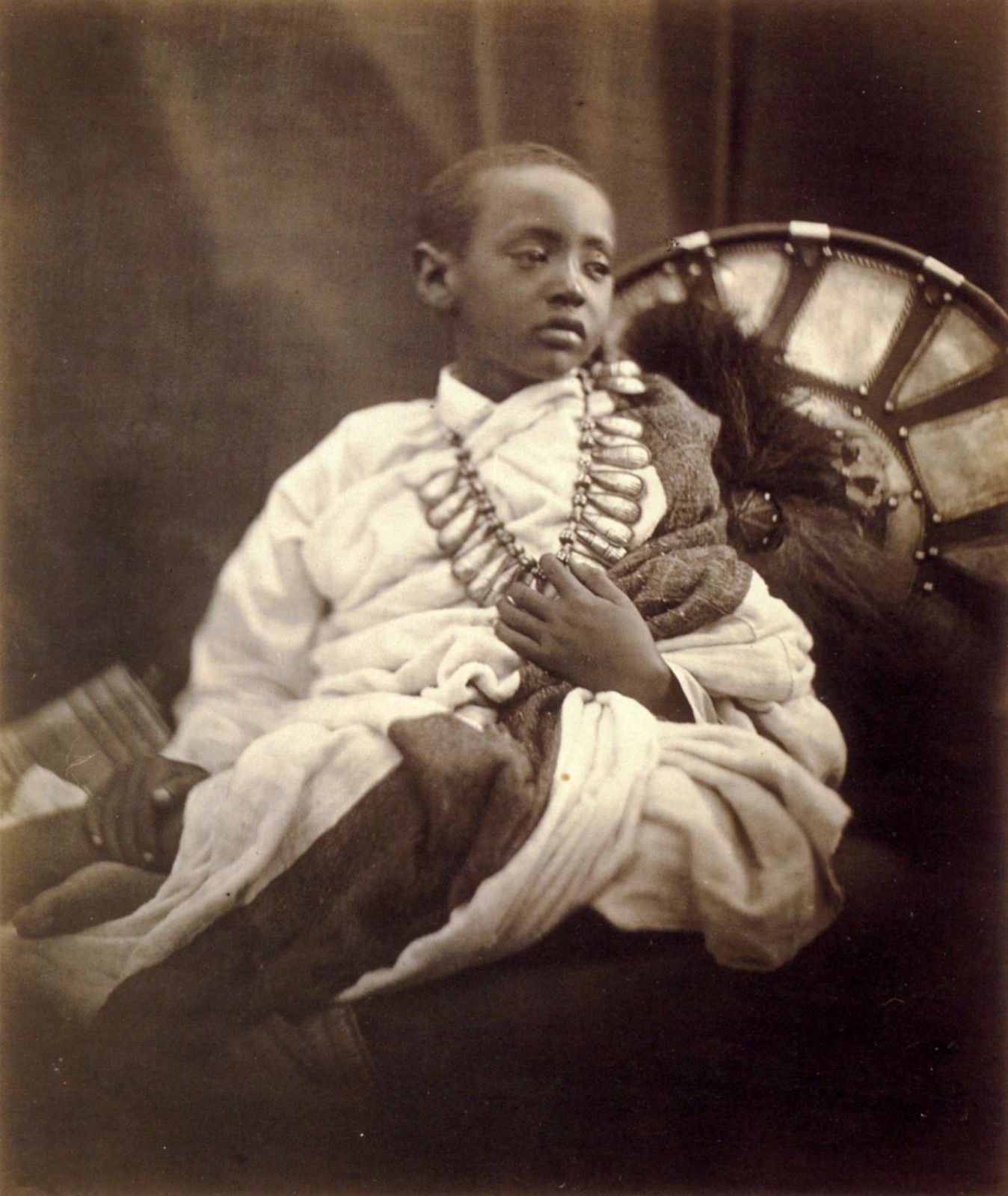 British photographer Julia Margaret Cameron (1815 – 1879) took this poignant photograph of Déjatch Alámayou, son of King Theodore of Ethiopia. The medium is an albumen silver print from glass negative, and it measures 29.2 x 23.3 cm (11 1/2 x 9 3/16 in). It is held by the Metropolitan Museum of Art, New York, United States, but it is not on display.

According to the museum description of this work, Déjatch Alámayou was taken to England after the British defeat of the Ethiopians at the battle of Magdala and the suicide of his father, Tewodros (Theodore) II, emperor of Ethiopia, in April 1868. Queen Victoria took an interest in Alámayou and saw to his education and protection, placing him in the care of Captain Tristram Speedy, who, like Julia Margaret Cameron, had a home on the Isle of Wight. Speedy brought the child to Cameron’s house shortly after his arrival in England, and Cameron made ten photographs of the captain and his charge posed among Ethiopian exotica. In this image, the young orphaned prince stares sadly into space, seemingly lost in thought. His name, Alámayou, means “I have seen the world.”

Among the Waves, by Ivan Konstantinovich Aivazovsky, 1898

From Nature in the Garden, by Rubens Peale, 1856

Starry Night over the Rhône by Vincent Van Gogh, 1888

View of the Kremlin by Johanne Gottlieb Lohrer, 1813

Still Life of Flowers and Fruit on a Stone Ledge, A Wooded Landscape Beyond, by Georgius Jacobus Johannes van Os

The Turquoise Vase by Odilon Redon

Water Lily Pond and Weeping Willow, by Claude Monet, circa 1916

The Umbrellas by Pierre Auguste Renoir, 1886