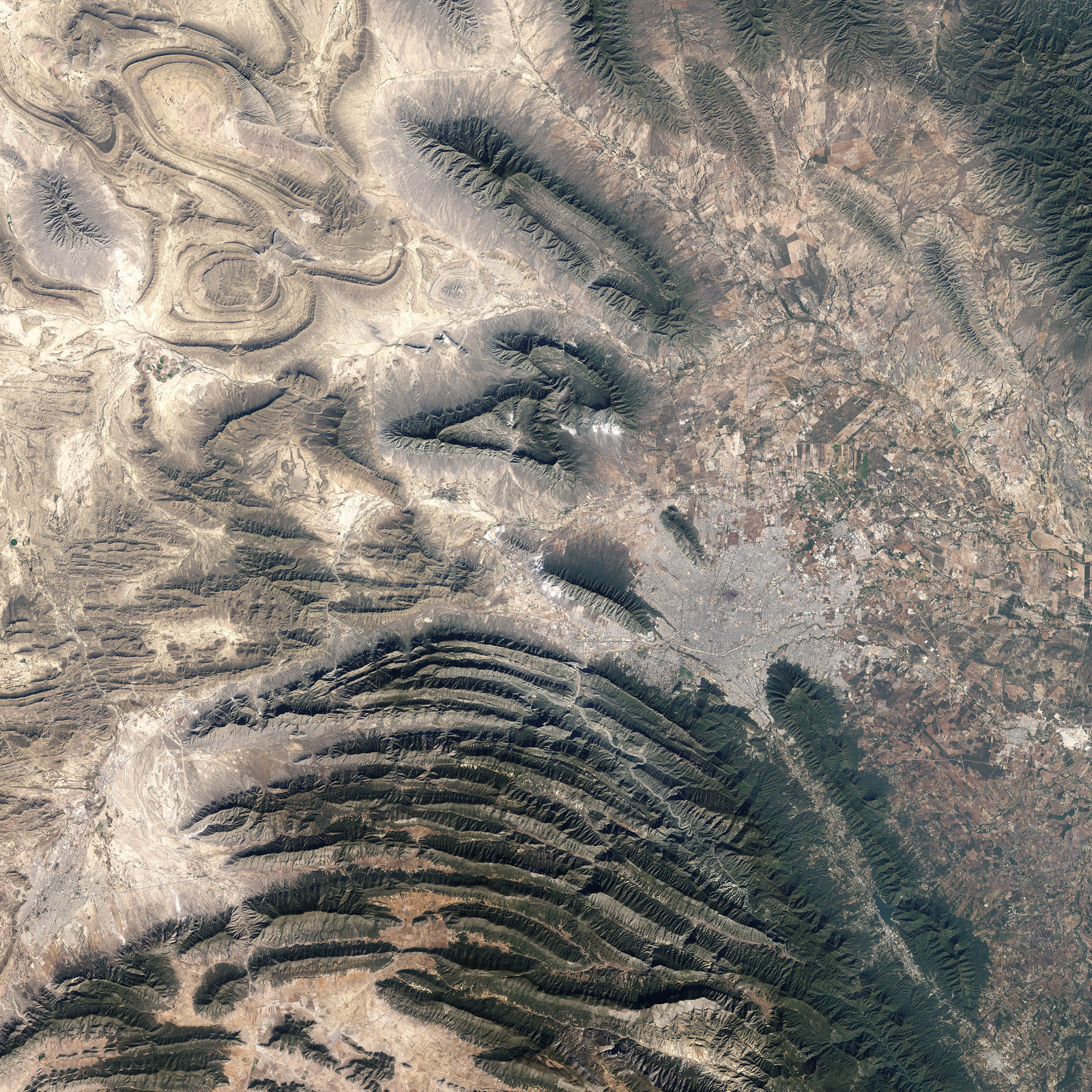 In northeastern Mexico’s Nuevo Leon state, the Sierra Madre Oriental (Eastern Sierra Madres) cluster in densely packed rows of arcing ridgelines. Just to the southwest of the city of Monterrey, these west-to-east running ridges make a sharp bend toward the south. The mountains then continue southward roughly parallel to the Gulf Coast for hundreds of miles.

This image of the region around Monterrey was captured by the Enhanced Thematic Mapper Plus sensor on NASA’s Landsat satellite on November 28, 1999. The dry terrain at lower elevations in the image appear in shades of tan and brown, while on the sharp ridges, vegetation appears dull to deep green. The urban development of Monterrey makes a gray patch at the foothills of the mountains. A river winds its way through the ridges as a tan ribbon.

Noon, by Edith Mitchill Prellwitz, circa 1893

Make a Wish by Andis Kakeli

Flowers in a Glass Vase, by Jacob van Walscappelle, circa 1670

All Around Italy with Photographer Fabio Montalto

In the Morning Mists: Stunning Photography by Marcin Sobas