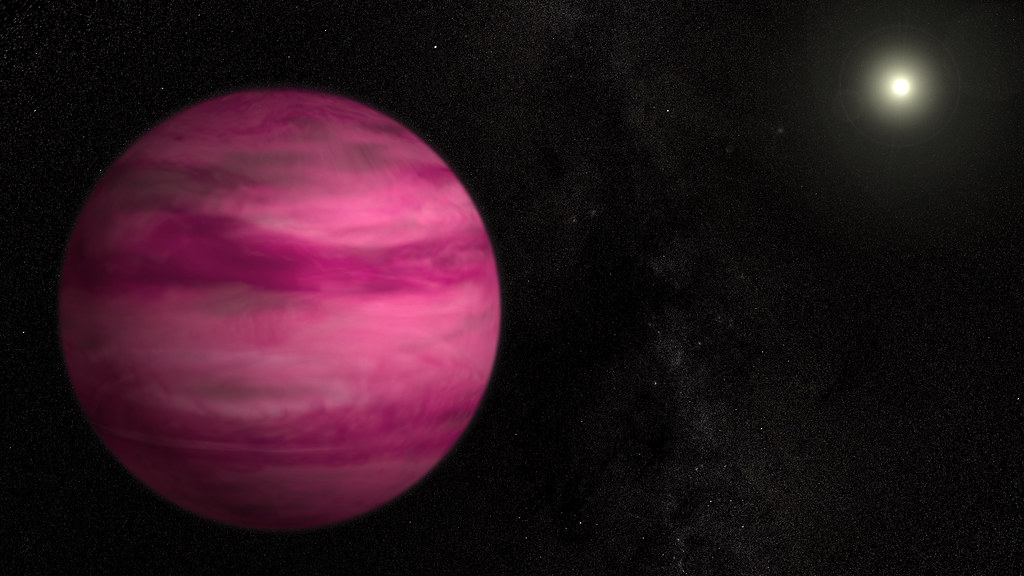 Using infrared data from the Subaru Telescope in Hawaii, an international team of astronomers has imaged a giant planet around the bright star GJ 504. About four times the mass of Jupiter and similar in size, the new world, dubbed GJ 504b, is the lowest-mass planet ever detected around a star like the sun using direct imaging techniques.

“If we could travel to this giant planet, we would see a world still glowing from the heat of its formation with a color reminiscent of a dark cherry blossom, a dull magenta,” said Michael McElwain, a member of the discovery team at NASA’s Goddard Space Flight Center in Greenbelt, Md.

A Little Snow by Mark Johnson

The Great Wave Off Kanagawa, by Katsushika Hokusai, c. 1831

Changes in the Air: Beautiful Nature Photography by Rachel Cohen

Still Life of Flowers and Fruit on a Stone Ledge, A Wooded Landscape Beyond, by Georgius Jacobus Johannes van Os

Colours on a Swallowtail Wing by Martin Amm

Two Women Conversing by the Sea, by Camille Pissarro, 1856

The Umbrellas by Pierre Auguste Renoir, 1886

Evening by the Lake, by Max Nonnenbruch

Vase of Flowers, by Jan Davidsz de Heem, circa 1670