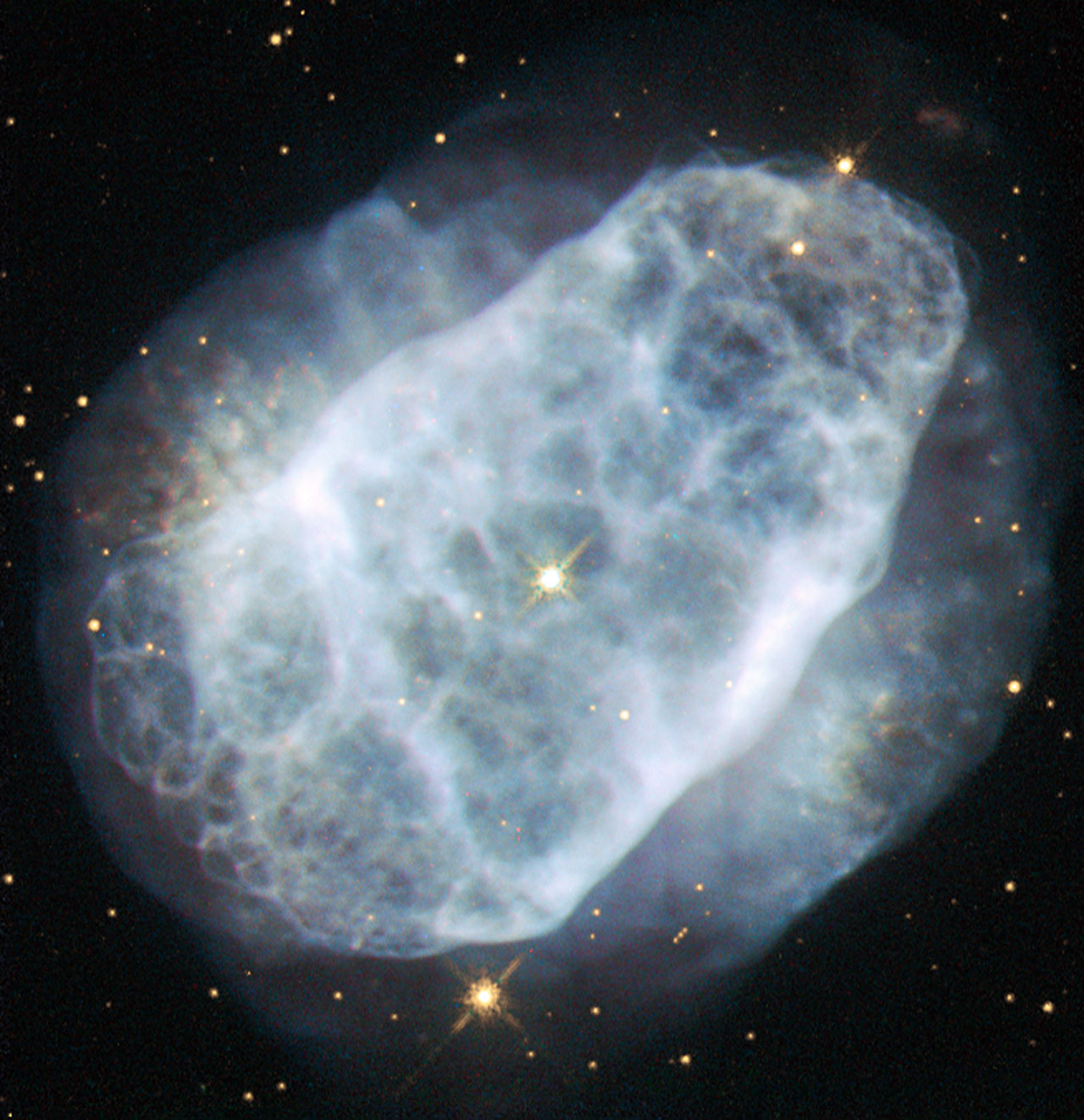 This NASA/ESA Hubble Space Telescope image shows a planetary nebula named NGC 6153, located about 4,000 light-years away in the southern constellation of Scorpius (The Scorpion). The faint blue haze across the frame shows what remains of a star like the sun after it has depleted most of its fuel. When this happens, the outer layers of the star are ejected, and get excited and ionized by the energetic ultraviolet light emitted by the bright hot core of the star, forming the nebula.

NGC 6153 is a planetary nebula that is elliptical in shape, with an extremely rich network of loops and filaments, shown clearly in this Hubble image. However, this is not what makes this planetary nebula so interesting for astronomers.

Measurements show that NGC 6153 contains large amounts of neon, argon, oxygen, carbon and chlorine — up to three times more than can be found in the solar system. The nebula contains a whopping five times more nitrogen than our sun! Although it may be that the star developed higher levels of these elements as it grew and evolved, it is more likely that the star originally formed from a cloud of material that already contained a lot more of these elements.

Apple Tree with Red Fruit, by Paul Ranson, circa 1902

A Mother’s Love by Jacky Parker

Independence Day by Ismail Can Tüfekci

Path on the Island of Saint Martin, Vétheuil, France, by Claude Monet, 1881

Colours on a Swallowtail Wing by Martin Amm

The Many Folds of Her Coat by Regis Boileau

Still Life with Fruit on a Golden Plate, by Eloise Harriet Stannard, 1869

The Bella Crowell, by Elisha Taylor Baker, circa 1870

Flowers, Women, a Bird & the Moon: Photography by Luz Adriana Villa A.

Mademoiselle Julie Manet with a Cat, by Pierre-Auguste Renoir, 1887

Figures on the Beach, by Pierre-Auguste Renoir, 1890

The Rolling Hills of Tuscany and Moravia by Photographer Marcin Sobas