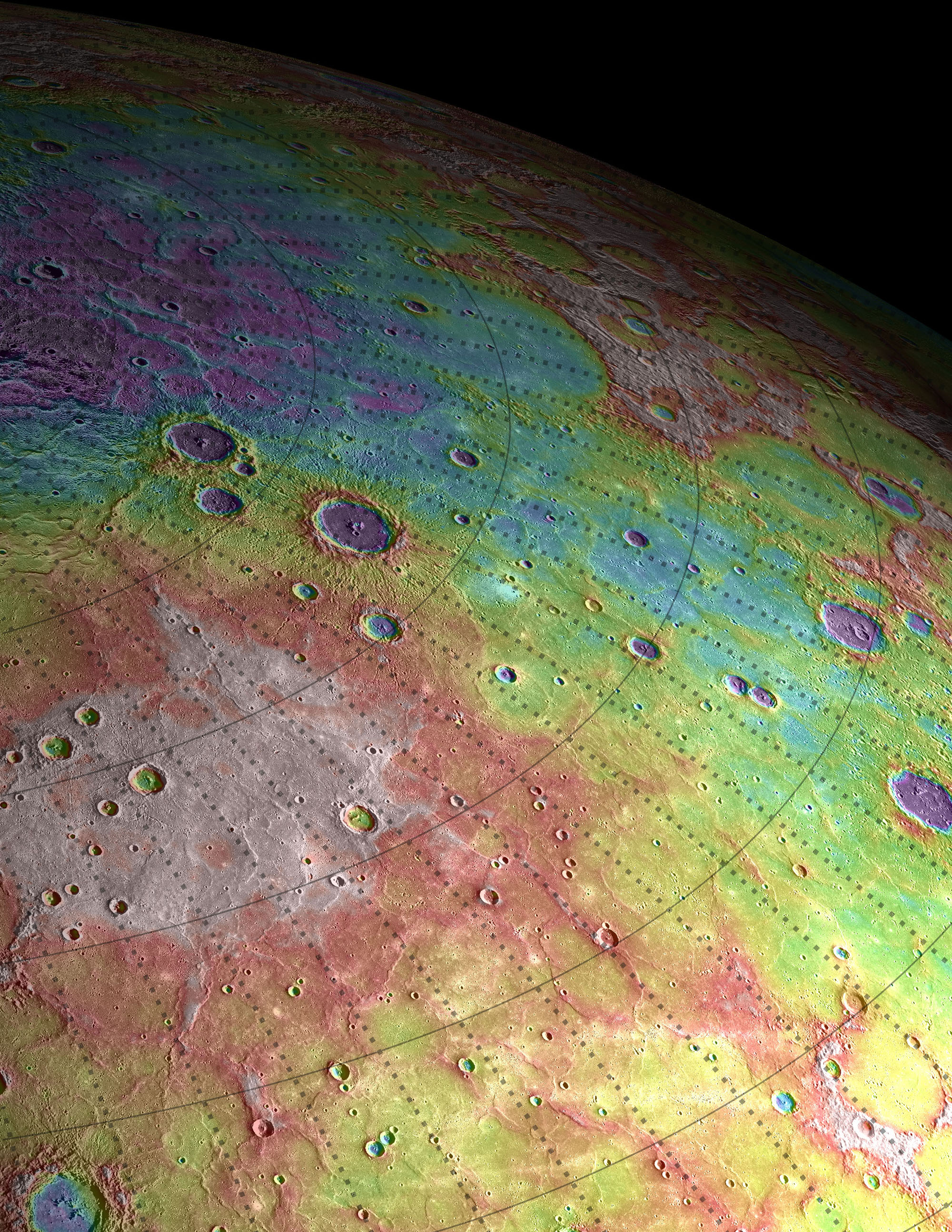 Topographic information from the Mercury Laser Altimeter (MLA) is used to colorize a image mosaic of Goethe basin, located in Mercury’s northern region. The purple colors are low and white is the highest; the total range of heights shown in this view is about 1 kilometer. Goethe basin is home to a variety of interesting features, including ghost craters with graben, wrinkle ridges that outline the basin, and dark craters that host radar-bright materials.

The MESSENGER spacecraft is the first ever to orbit the planet Mercury, and the spacecraft’s seven scientific instruments and radio science investigation are unraveling the history and evolution of the Solar System’s innermost planet. MESSENGER’s formal data collection mission began on April 4, 2011. During the one-year primary mission, MDIS acquired 88,746 images and extensive other data sets. The primary mission was completed on March 17, 2012. MESSENGER then extended its mission, with plans for acquiring more than 80,000 additional images. MESSENGER achieved 100% mapping of Mercury on March 6, 2013, and completed its first year-long extended mission on March 17, 2013. Its second extended mission is scheduled to conclude in March 2015.

Garden at Sainte-Adresse, by Claude Monet, 1867

From Nature in the Garden, by Rubens Peale, 1856

Glass Vase with Roses, a Striped Tulip, Purple Iris, and other Flowers, by Rachel Ruysch, 1700

Take the Fair Face of Woman by Sophie Gengembre Anderson